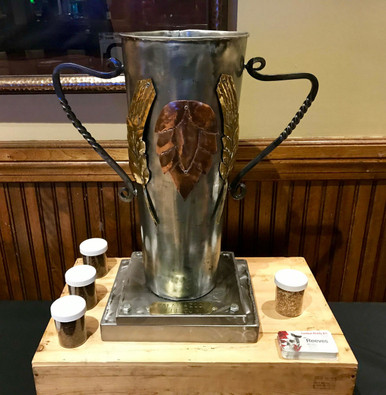 Your ticket includes a flight of four five-ounce pours, access to an appetizer buffet and some history on the specific beer style. For this installment, we've selected Bourbon Barrel-Aged Stouts -- a hugely popular style of beer this time of the year.

These are some of the more popular and unique approaches to BBA Stouts in the Kalamazoo area. While you may know the breweries participating, you won't know which beer is which until after voting is complete.